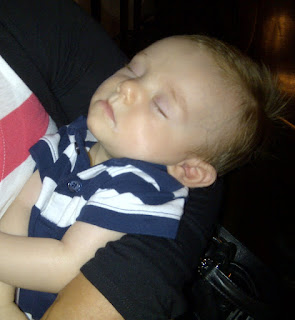 When I was a child I went to a private school in Bermuda, and it very much followed the UK mold in terms of both structure and content. Sadly, as a result, my Bermudian historical education was quite lacking, but I also later learnt this was the case for most Bermudian students. It is improving, but there is still a great gap between our history and what is taught to us. Today I discovered that on June 13th, 1373 the Anglo-Portuguese Alliance between England and Portugal is the oldest alliance in the world, and still remains in force. This is of note because Bermuda has a significant enough proportion of people of Portuguese descent to count as its own category in the census. They have mostly come from the Acores Islands and they contribute greatly to the economy and the functioning of society. I mention this in particular because my best friend, Mia, (of Mohawk Radio) is of Portuguese descent and I met her at Fairmont Hamilton Princess, where I had possibly the most delicious fish sandwich in the world with cabbage and pineapple. Mia was a bit late, but I started off lunch with our lovely friend Miranda (pictured is her beautiful 12-week old son Henry). Today, in 1966 the US Supreme Court issued it's landmark decision in Miranda vs. Arizona ruling that criminal suspects must be informed of their constitutional rights prior to questioning, which has hence forth been called "the Miranda rights".
If you've read this blog, you know by now I'm a liberal, so such rights are something celebratory to me. In a similar vein, on today's date in 1996 Guernsey finally voted to legalise abortion. Whilst I'm not "pro-abortion" as many pro-lifers would twist the debate I am firmly pro-choice and any advance of this in any country is paramount to the protection of women. It worries me that Roe vs. Wade is so frequently debated in the US in attempts to change the ruling. In a country of over 300m people there are less than 1,800 abortion providers, a devastatingly low figure. Yes, as I show a photo of a beautiful baby boy this may seem like a conflict, but as much as I love babies and their importance and place in the world, that doesn't mean I will ever stop fighting for a woman's right to choose.

Today's music is "The Long and Winding Road", which today in 1970 became The Beatles' last number 1 song and was the last single ever released by the foursome.