I have been in hiding. I spent years on this blog revealing my truth, but then I became trapped. I somehow began to believe that I couldn’t share my reality anymore and that belief imprisoned me. It imprisoned me at a time when my mind had become a madman and was living to torture me. Haunted by the continuous splatter of sounds that were crunched, smashed, thrown together and weaved with a poisonous thread; a ricochet of memories, feelings, thoughts and voices. A downright cacophony of crazy.


So, I shared. Six weeks ago, I took to social media and finally expressed how the last 18 months of my life had truly been in a post called “The Street Fight”:


“It’s been several months since I’ve posted. In the mental health narrative, we love stories of rebirth, renewal and redemption. We watch the phoenix burn and we are inspired when we see that phoenix rise from the ashes, but we rarely bear witness to what happens in between. Brene Brown calls it “the street fight.” I’m in the dusty, dirty, messy middle of that street fight. I have been for a considerable length of time. Some days it feels like a broken, bloody defeat, other days I’m sparring with agility, floating like a butterfly, stinging like a bee. But deep in the fight nonetheless.

We rarely bear witness to it because it’s rarely shown, but also because when it is, it’s hard to watch, it’s hard to stand there feeling helpless, it’s hard for us to just hold space. So, I want to thank my people who’ve held my space. While we’re all in our own fights, you’ve not just watched from the side-lines. You’ve dusted the dirt off me, wiped the blood, patched the wounds and kept relentlessly cheering me on. I hope you all know who you are, and I pray you know how much I appreciate you.”


The troops rallied: the people I know well, and the people I haven’t spoken to in years. Then, something happened. The burden began to lift. The prison bars began to bend. I began to feel free.


I posted because it had been too long holding it in. I posted because all this hiding felt like lying. But I needed those months to retreat, to hibernate, to heal. Everything happens in its own time. I didn’t know that when I posted I was actually on the way out of the depressive episode that had been haunting me for so long. Maybe, the post was the tipping point. Six weeks later I feel good. I feel scared to write that, because the mind and mood rollercoaster I ride is poorly engineered, but I’m owning it anyway: I feel good. 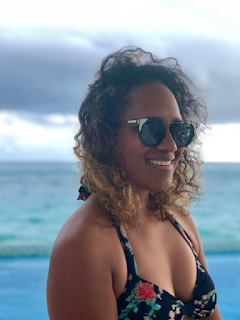 In the depths of the darkness, the gift of desperation was my motivation. When severe depression hits, moving a muscle feels as burdensome as lifting the world. I wanted to give up so many times, but I grasped for anything I could that might fix me. I read psychology books, I went to (more) therapy, I watched TED talks and YouTube videos about mental health (and far too many past episodes of Grey’s Anatomy), I went to treatment, I started going to the gym with my family, I meditated so much that I should be an enlightened being by now, I made a lot of art and, importantly, I told friends how desperate I was. I can’t do this alone and I found I also need people like me, other soldiers going through the battle. We survive the shipwrecks of our lives by rowing the rescue boats together, but how can we find one another if no one ever shines a light into the dark?

There wasn’t one thing that changed it all. There was no control test, so I can’t tell what worked and what didn’t. What I did discover is that nothing can “fix” me, because my fellow soldiers showed me that it’s impossible to fix what isn’t broken. My trauma camp comrades were beautiful to me, and I to them, none of us broken.
bipolar family friends health mental