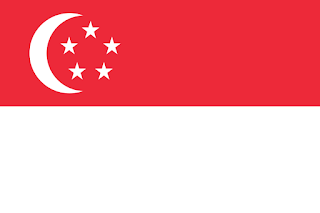 On this date in 1957 the United Kingdom agreed to Singaporean self-rule. (It later joined Malaysia in 1963, and then became totally independent in 1965). Those who know me well know I'm a proponent of self-determinism for colonies in general, and over half of my mother's Malaysian family live in Singapore (with a few left in Sarawak). Now to celebrate I'd LOVE to hop on a plane to see my family, as I haven't been back to Singapore (apart from an airport layover en route to Bali) since 2002. Specifically I'd love to consume a Singapore Sling in it's place of founding, the delightful Raffles Hotel. However, that's clearly not in this celebrator's budget (time or financing-wise). If I was home in Bermuda, I'd have Mum rustle up some Malaysian food. Instead, I'm on the search for some yummy take-out. I'd like to try Manja in WeHo, but my rehearsal schedule and budget makes that a no-no so I'm saving it for another time. Instead, methinks I'll grab something from Singapore's Banana Leaf at the Farmers' Market en route to Pilates (greasy food mixed with workout = equalising).


If you don't have to rehearse this evening like me, I recommend making your own Singapore Sling: Gin, Cherry Liqueur, Benedictine Liquuer and fresh pineapple juice....mmmm yum.


Today is Joss Stone's birthday, and no one can deny she has a phenomenal voice. To be honest, I'm not so keen on her own stuff as her debut cover album. And in that vein, here's her and Mr. James Brown doing a duet:

And just Joss singing over Keira Knightley's photogenic self in the new Chanel Coco Mademoiselle ad:

"I want to stand as close to the edge as I can without going over. Out on the edge you see all the kinds of things you can't see from the center."
- Kurt Vonnegut, d. April 11th, 2007

"I live in my house as I live inside my skin: I know more beautiful, more ample, more sturdy and more picturesque skins: but it would seem to me unnatural to exchange them for mine."
- Primo Levi, d. April 11th, 1987
bevvies family