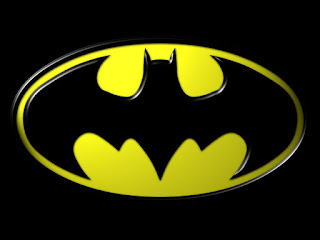 I am geekily excited about today's post because on April 25th in 1939, DC Comics introduced the world to Batman in Detective Comics issue #27. I've had a strange affinity for Batman since I was young, but for him specifically over other superheroes. I always loved that he was an ordinary human, that anyone could really be Batman, all you need is a dark past and a lot of gadgets. I even have TWO Batman t-shirts, a Batman bracelet, Batman undies (all of which I used to rock frequently in my younger days) and very happily (courtesy of the lovely Carolyn) a Luella yellow cardigan with a Bat logo on the breast (it's my more grown-up way of wearing the bat signal loudly and proudly). So, as I had to go to the bank today, I took the opportunity to wear my cardie as I strolled to the High Street of Larchmont Village and it's the first proper chance I've had since moving here. It feels so English in it's set-up and makes me feel quite at home. It also helped that it was a beautiful day for a walk.
Sadly, today in 2002 Lisa "Left Eye" Lopes from TLC passed away. So to celebrate her life today's music is a throwback. There's so much TLC that reminds me of my adolescence, and "Crazy, Sexy, Cool" was one of the first CDs I ever actually bought (after Boyz II Men 's II and Ragga Ragga 6):

On an unrelated note: as I research each day what to celebrate, nearly every day thus far, at some point in history, there has been a large earthquake destroying a whole lot of something. I realise we've all been consumed with the news of recent earthquakes (in fact amazingly I moved to LA, haven't experienced one and little Bermuda felt the effects of one without me!) and everyone's paranoia/concern for them has rocketed. Which all turns out to be valid because they're much more common than I previously thought. So, today's quote comes from Edward R. Morrow (b. April 25th 1908) "Good Night, and Good Luck".
throwback