April 03, 2011
Day 2 of my year of blogging and I'm discovering that for each calendar day there exists a multitude of reasons to celebrate, and it's going to be difficult picking just one, (or even two) for that matter. However, if I chose all to celebrate I'd have no time in the day to get anything actually done. So here's to selective celebrating. Today resulted in a main celebratory reason, relevant music and a quote. I'm thinking that trio may be my template from now on, but to be honest, I've never been particularly good with structure and rules so I'll likely frequently divert from that plan. Hey, it's (and I'm) a work in progress.
Today is International Children's Book Day, which originated in 1967 and is observed on Hans Christian Anderson's Birthday. So to celebrate, I read The Giving Tree by Shel Silverstein, which is one of my favourite children's books. If you haven't read it, you must. To me it's not just a story of unconditional love, but also how we shouldn't take advantage of those offering it. If you saw Blue Valentine you may have noticed that Ryan Gosling's character has a tattoo of The Giving Tree itself. His character is that forever child, especially in the way that he loves, so I loved that detail in the film. 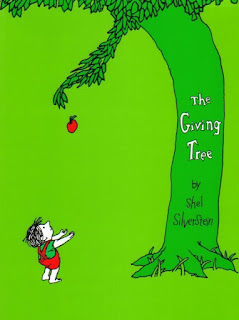 April 2nd is also the birthdate of the late, great reggae artist Garnett Silk and the date in 1930 that Haile Selassie was procla 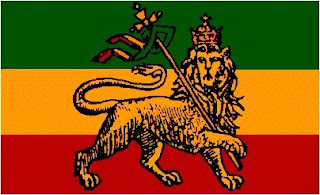 imed Emperor of Egypt. For those unfamiliar with the Rastafari culture (and to be fair, I'm not an expert in any way) Haile Selassie is the figurehead, the messiah, or the Conquering Lion of the Tribe of Judah. As a result, much of today was spent dancing around (as I unpacked into my new sublet near Larchmont Village) to the sounds of Garnett and other reggae artists.


Watching the news over the last couple of weeks it's clear the world is in revolt. There have been the various protests across the Middle East, the devastating earthquake and tsunami in Japan, the protests which turned violent in London and of course the conflict in Libya, which has us all wondering if we're on the brink of war. Closer to my heart in Bermuda, a 22 year old man was murdered. This is not headline news in other regions of the world but, until more recently, shootings had been few and far between. It is still infinitely safer than most regions of the world, but there are only 60,000 of us and we're all related in some way or another so when one bleeds, we all bleed. Today's wisdom comes from Marvin Gaye (also born on April 2nd and deserving of some recognition).
"Mother, mother
There's too many of you crying
Brother, brother, brother
There's far too many of you dying
You know we've got to find a way
To bring some lovin' here today

Father, father
We don't need to escalate
You see, war is not the answer
For only love can conquer hate"
Bermuda books lyrics reggae