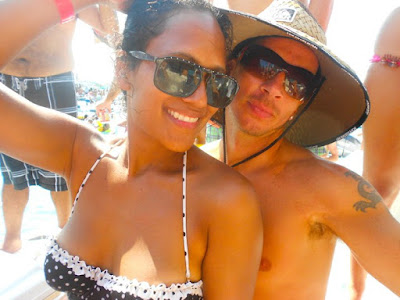 Non-Mariners' Day is considered one of the best days in the Bermuda calendar. Hundreds of boats go to Mangrove Bay in Somerset and "raft-up" together, creating pockets of parties all along the water that you can swim between. There's also the Non-Mariners' Race, which involves people building floating crafts out of various pieces of debris and attempting to "race" them. They mostly involve funny jokes, and there's a pipe band. People gather at the shore to watch the hilarity. I stayed away and just hung out on the boats partying. I was supposed to go for a farewell dinner for Jen at the lighthouse, but that was impossible as I fell asleep at 7 and have only just woken up! 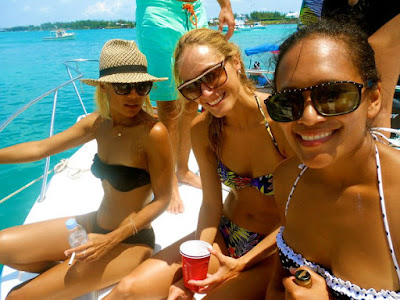