March 15, 2013
What a week of loveliness. London has been good to me thus far. Yes, there are ups and downs of moving countries, especially as I'm jobless and homeless, but London has so much going on that there are fantastic distractions. Those distractions this week were two amazing concerts. The first one on Tuesday was Langhorne Slim & The Law and The Lumineers at Brixton Academy. The second was The Avett Brothers at The Forum supported by Grace Potter and The Nocturnals. 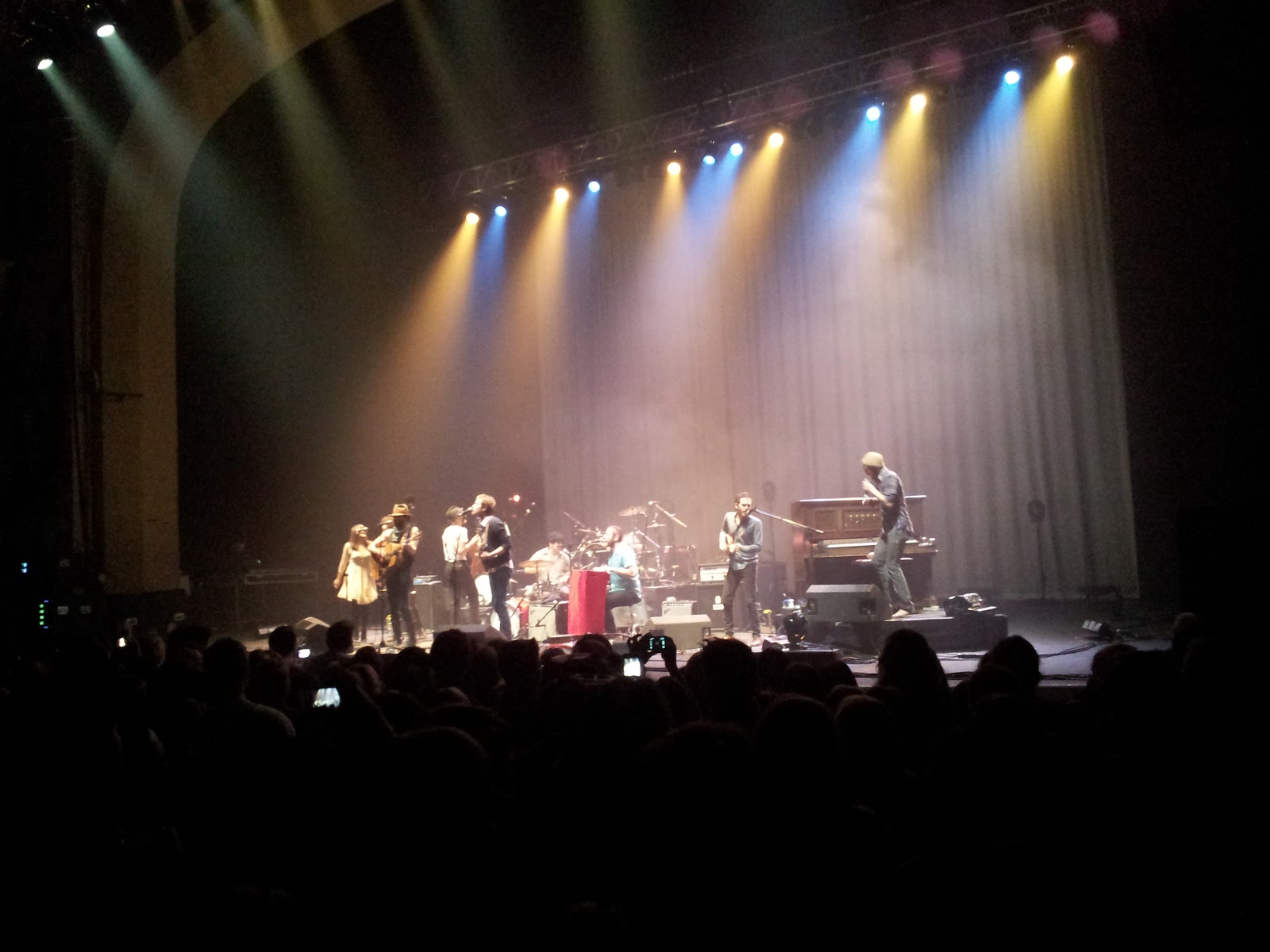 I had intended to review the first gig the day after, but I was up until 3am the night before and then life took over (coupled with a good amount of exhaustion) and I kept starting the post and failing to finish. So here we go:

A phenomenal display of musical genius. That's how I would describe Tuesday night. Those two class acts deserve nothing but praise. Before I continue I should admit, as a disclaimer on any grounds of bias, I do call Slim and David (his banjo and keys player) friends. So one might think that my opinion would be somehow tainted. If it is, it's just the extra warm, fuzzy feeling you get about the music when you know that they're just super awesome, lovely, charming guys. Slim has been to Bermuda so many times he's an honorary Bermudian. The legend that is Jon Legere has brought him down to entertain us island stranded souls. I remember one instance when Slim came to perform the weekend of a hurricane. It can be hard to get Bermudians to leave the house in bad weather on any occasion, let alone the middle of the storm, but the place was packed and the music served to shelter us all.

Langhorne Slim and The Law opened the show at 8pm. I've been to Brixton Academy a number of times, not for many years, but I know the calibre of acts who have performed there. I was told by the security guard at the back door that he had never, in all his years of working at the Academy, seen an opening act galvanise the audience like Slim and the boys did. It doesn't surprise me, given the calibre of their performance. I've had the privilege of seeing them perform in tiny venues and it really is magnificent. To see them dominate a theatre like Brixton Academy was brilliant. As soon as you have the chance, go see a Langhorne gig. Trust me, you'll be raving about it for years to come. They're playing The Conan Show on March 25th. Be sure to tune in. 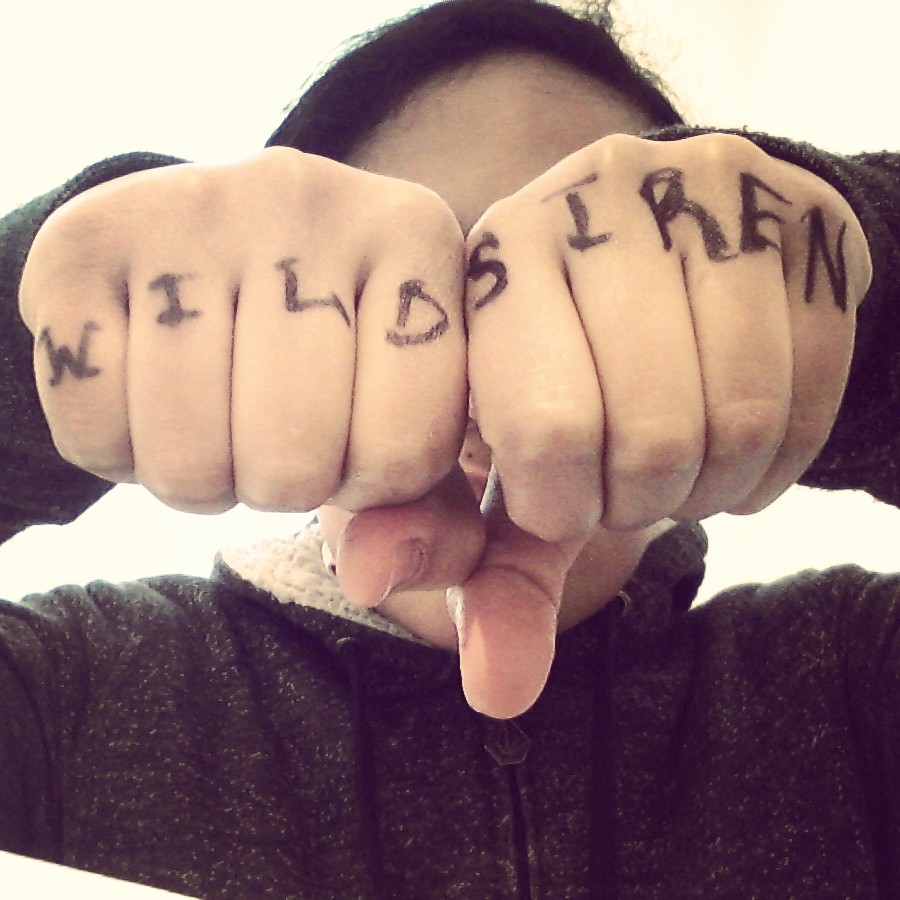 Now for the headlining act. Wow, am I late to the party. Now before I knew the name The Lumineers, like most people I'd heard the song 'Ho Hey' and I loved it because the lovely one and I were apart and it made me think of him. I went into the concert not knowing a lot of their music. The talent coming from that stage was inspiring. Their energy was beautiful and pure. For the first of two performances of Ho Hey they sang without mics and the audience joined in, using the acoustics of the theatre to produce a beautiful choral sound. I'm a solid fan now. To top it all off, they're lovely and fun people. We all post-mortemed at the upstairs bar until after 2am. If you're wondering what the 'Wild Siren' picture is all about, Stelth from The Lumineers decided everyone needed branding and that's what I ended up with. The other wonderful thing about the gig was that The Lumineers came out with Langhorne to perform during their set and for the final song of The Lumineers set, Langhorne and The Law reciprocated. Great camaraderie from the band on their final show of their tour together, which has clearly built some fantastic performance chemistry. Here's a video of them performing 'Cinderella' together at their Manchester Academy gig.

As for last night, following a job interview, I made it too late to catch the full set of Grace Potter and The Nocturnals, but I did get to see her last three songs. Fantastic. I feel like this post is getting a bit boring, because I have nothing controversial to say. I, again, don't know a lot of Grace Potter, but ﻿I have massive respect for her as an artist after that performance. Stunningly brilliant.

The Avett Brothers. Impossible to find a single flaw with them. I met Paul, their double bass player, at the Brixton Academy gig and he sorted me out with tickets for last night. They are such a versatile band, both in songs and performance. I've always liked them, but this was my first time seeing them live. They're so appreciative of the support of their fans and give off a genuinely humble attitude. The personalities of each individual band member shone through. The cellist projected sunshine on a dreary, cold London night and the brothers seem like they must be perfect siblings; projecting an enviable synergy and vibrancy.
This is the official music video for my favourite Avett Brothers song 'I and Love and You' shot by Crackerfarm, who photographed me for the VH1 campaign I was in a  few years ago.
concert friends London lyrics music
Location: London, UK