The Ballad of March Forth


After a year’s unintended break, I am drawn back to The Year of Celebration. Today, on my late father’s birthday, I pored through emails, articles, photographs, essays, newspaper clippings and videos. I feasted on his life. The portion I spent with him and the portion before me. I don’t reserve that purely for his birthday of course, but on March 4th I always celebrate him, because often I just can’t. Sometimes, even now, the pain is too great and to remember him is to remember that he’s gone. And when I lost him, I did everything I could to lose myself.

I learned many things from my dad. He was my greatest teacher, both in life and in death. His life story rivalled the best of any Shakespearean drama, but if I could condense it into one soundbite, his birthday sums it up: March Forth. It’s not just a date in the calendar, it’s a direction – to do something, to go somewhere.


My grief and depression following his death was the launch pad for The Year of Celebration. I needed to find something to keep me going. If I had a reason, a purpose, an obligation to celebrate every day, I’d have to, wouldn’t I? Well, some days that was just plain impossible, and the most I could do in a day was to simply not die.

As I look back, I realise that’s because I never stopped marching forth. Even when it felt like crawling, even when I was fighting against quicksand, even when my movements were imperceptible to the naked eye, I still marched forth.

I do not take credit for this. There has been a force much bigger than me in all of it. Some call it God, some call it the Universe, some call it Fate. I call it Love, because that’s the only way I know how to describe what runs through the human beings that have saved me.

My dad was one of those humans. When I was a child he would sing to me as I sat on his lap, the humming from his chest reverberating into mine. He would tickle me until I was in hysterics. He made up my identity as “A Child of Zor”, and knew it meant magic. I saw him both as a grown-up and a big kid. He was funny and he was fun. He would walk down the streets, charming everyone, and I’d beam up at him proudly, not realising the legacy he would leave behind.

In my twenties, he would call me at dawn (much to my annoyance) to be the first to say good morning. He would write me long emails at midnight about everything and anything. He would ask me to proofread his articles and speeches and I’d feign nonchalance, when my spirit was skipping at the realisation that my idol considered me an equal.

After he died, I wished for months to dream of him. Every night, I’d go to sleep hoping that he’d visit me, and I waited for a long time. And then waited some more. I finally gave up and came to the disheartening conclusion that everything was in the past. My future did not include my father. 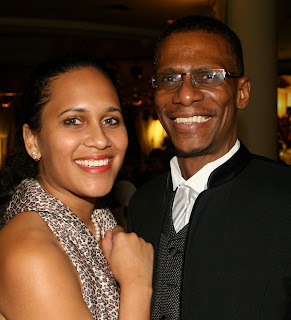 Then I dreamed of him. Well, his voice. In the dream, he left a message: “Hi Li, it’s just me. No need to call me back. In fact, you can’t right now. But I just wanted to check in on you and let you know I love you.”

Julian Hall was many things: a politician, a lawyer, a singer, an actor, a bon vivant, a comeback kid, a giant of man with an untouchable wit. He was in no way perfect and his troubles pressed down on him from all directions. He suffered, both by his own hand and by those of others. But he was my father. Not a perfect one. Some days not even a “good” one, but he was mine. He knew how to live, but far more importantly, he knew how to love.

Even in death, I feel his hand on my shoulder, pushing me forward. Helping me march forth.

“I’m talking about love, forgiveness and humility, I want to tell you this: I am a work in progress on  these fronts. But, love, I’ve got cornered”