September 04, 2015
There is so much being written about the refugee crisis. I specifically use the word "refugee" over "migrant" unlike many or our news publications. A migrant is someone who moves to a different part of the world to find work or better living conditions. A refugee moves out of fear for their human rights and safety, not for a better economic chance. Those fleeing from their lives are not doing so because they have a choice. They are doing so to live. I'm not sure how much I can add to the debate, but I can tell a personal story:

In my first year of university I lived in halls of residence, a self-catered apartment with six rooms. Across from me was Adis Kulo. Adis had been a refugee from Sarajevo and arrived many years before I met him. He had fled Bosnia as a child, been separated from his mother and temporarily lived in France with a family of strangers. He was finally reunited with her in the UK, which the Adis Kulo Foundation website calls a "country that has always welcomed immigrants and encouraged creativity, provided ideal surroundings for Adis to flourish." Flourish he did. He graduated from one of the best grammar schools in the UK, achieved perfect A-Levels and came to University College London (rated the no. 5 university in the world rankings) to study Philosophy & Economics. 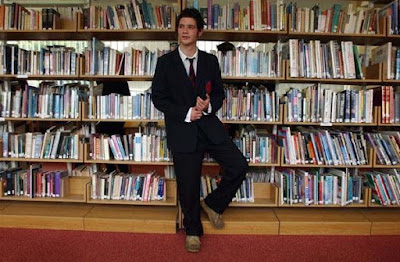 Adis did not bleed the state dry. He was a productive member of our society who gave all he could to succeed. He is the success story in the tales of refugees. Or he was until our last year of university. Adis went to Bristol for an interview with a top accounting firm a few months before graduation. He went out with friends, got a bit tipsy, and got into an argument with another young man, which became a physical fight. By all accounts not a very long, nor gruesome one. Adis hit his head on the bathroom floor as he went down and the other boy put his foot on his head. After going to the hospital, Adis was sent home without a scan. He had a seizure in the small hours of the morning and died. A life full of promise dashed in the UK, where he was safe from war, but not safe from a mindless bar fight. The other boy went to prison for manslaughter. Two boys graduating from university. Two lives ruined.

The point I'm trying to make is that we are all human. Including the "swarm" trying to reach our shores. Some will be like Adis, others nothing like him. He, to me, was a fine example of a person. It's easy to ignore this crisis of humanity when we have no experience of it. Their lives are as far from mine as I can imagine. But I have an experience. I had a friend who had a name. He was human. Let's try to be human too. For their sakes and the sake of our souls.

The piece I wrote about Adis following his death:

The Story of a Boy 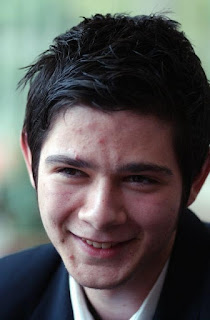 he has dark hair and dark eyes
this boy
he has long limbs and longer strides
walking down the hallway
my hallway
our hallway now
i live with him
this boy
he shares my life for one whole year
he was late, later than everyone
younger too
and immature we all thought
but maybe it was just his lightness
the way he was
he had this lightness that could only come from experiencing intense darkness
he was, you see, a refugee
this boy
a refugee
from far away
from Milosevic
separated from his mother for many years
before they met again
in this place
this place of tolerance and peace and a new life

then there was another boy
he too with dark hair
i never met this one
i didn't live with him
his name began with O
but if striked me that they might be similar
they both had attitude
they both were too cheeky for their own good
they both enjoyed their drink
but my boy enjoyed it more
his stumble in the bathroom
became a bump into the boy
a small punch from O
it sends my boy tumbling to those cold hard tiles
covered in dirt and sweat and other remnants of humanity
my boy, drunk, feels a foot on his head
a shoeprint marks his face

in that place with the white walls
he is examined
he is sent home
what is he thinking? I wonder
what happens in those few hours?
does the inside of his head change?
does he feel it?
is the boy I lived with still too clever for me?
i would never know
his body aches
his body shakes
his skull breaks