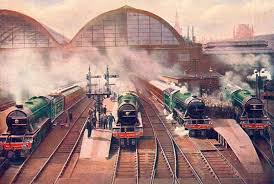 It's amazing how a day can seem so hopeless and then turn out beautifully. My plan was to audition at The Albany Theatre in Deptford this morning then to go to work in Wimbledon. I woke up to find that I hadn't been paid. Therefore, no money in my account and only £2 on the ole oyster travelcard. The life of a starving actress is a precarious one and I find myself walking that tightrope often. Cue me frantically calling a family member for help. He thought perhaps I could go to the station and use his card over the phone. The Underground staff at Brixton were no help, but they said that the train station could do it. I went to the train station. They don't do oyster top-ups. One word: SCREWED. The man in the booth at Brixton train station started trying to brainstorm with me, asking me if I knew anyone nearby. Of course all my friends in the area are at work. I was resigned to the fact that I was going to have to cancel the audition and work for the day, therefore missing out on a wonderful opportunity and a pay day. Misery, right?

Then came my knight in shining armor (or rather a Transport for London uniform). The  man in the booth decided he would lend me £10. Apparently, I look "trustworthy". I was gobsmacked (not about the fact that I look trustworthy, I promise I am!). He handed over the cash, I profusely offered my gratitude and skipped off to the underground station to top up my oyster. He'll be at the station tomorrow, where I will return his money. Now I just have to think of a thank-you gift (perhaps a card, men aren't really chocolate fans much, now are they?).